Posted by OLADIPUPO MOJEED on September 8, 2020 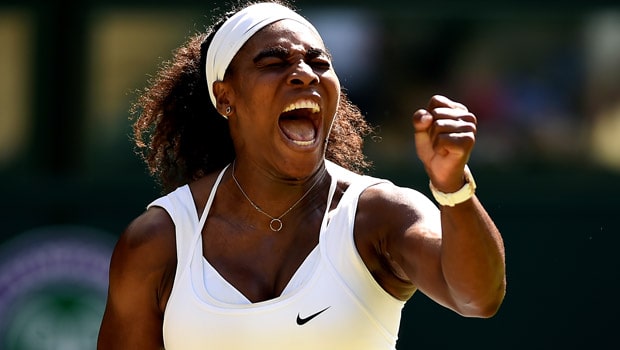 23 time Grand Slam winner, Serena Willimas has advanced to the last eight of the US Open after ousting Maria Sakkari in the last 16 in three sets.

With her progress, she is hoping to win her seventh US Open title. She will have to move past either France’s Alize Cornet or Tsvetana Pironkova of Bulgaria in the next round.

A winner is also Serena’s number 100 on the Arthur Ashe Stadium, and this will be her 17th appearance in the US Open quarter-finals.

It could be recalled that Sakkari had the upper hand during their last meeting two weeks ago at the Western and Southern Open, but Williams got her revenge on the bigger stage.

Speaking after her victory, the mother of one said she thought about their last meeting but said it was a complete scenario.

Williams, who is lacking the physicality she used to have in quickly finishing games struggled at some point against her opponent. Although she took the first set, she would have rounded up the game if she had maintained the level of intensity she started with.

After losing the second set on a tiebreaker, Williams responded well in the third set and upped the tempo again intensity with great footwork, the noise, and other things expected whenever she has her back up against the wall.

Speaking further, Williams said she just kept fighting against an opponent that was doing well.

Sakkari aggressive game brought out the best in the record winner. To match her up, Willaims also increased her aggressiveness.

On playing the game without the fans, Williams admitted that it brings less pressure but admitted missing the fans.

She also noted that the COVID-19 pandemic has led to a long break, adding that if the fans had been there, they would have been supportive as well.

She also said that she is match fit, having gone through a lot of three sets.