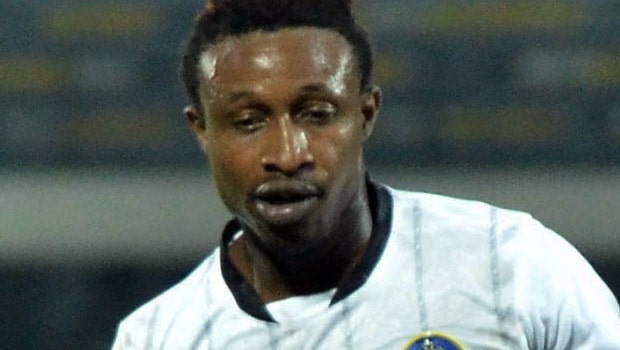 Malaysia international Mohamadou Sumareh has become the latest to sign for Police Tero in the Thai League 1.

The 25-year-old Malaysian-Gambian footballer has completed a move to Thai League 1 club, Police Tero for an undisclosed fee.

The move was expected after reports gradually began surfacing regarding his absence from training at his former club, Pahang. It became official yesterday as Mohamadou Sumareh has been revealed as the latest squad addition to two-time Thai League 1 winners, Police Tero.

The club provided no information about his signing. However, they later released a short announcement video which featured the 25-year old attacker himself, as he spoke some few words.

He said in the video: “Hello to all the Police Tero fans. My name is Mohamadou Sumareh. See you all soon in Bangkok.”

When he arrives at the Bangkok-based side, he will link up with fellow Malaysia national teammate Dominic Tan, who joined the club initially as a loanee back in 2019, before he was signed permanently at the start of the new season.

Thai League 1 will commence on September 12 after it was suspended because of the COVID-19 pandemic. The first match for Police Tero will see them come up against Port FC away from home. They are currently in fifth place after four rounds.

The Gambian-born winger transfer from Kuantan, however, has not gone down well with the management of his former club, Pahang. The club helped him obtain his Malaysian citizenship after joining the club in 2017 and will be disappointed that he is leaving in this manner.

It was reported that he had gone missing from training after not receiving his salary during the COVID-19 lockdown, which according to the guidelines permits him to walk away from his contract.

Sumareh was nick-named “keliboy” by fans of Pahang due to his sleek and smooth dribbling. He scored 12 goals in 61 league appearances for Pahang.