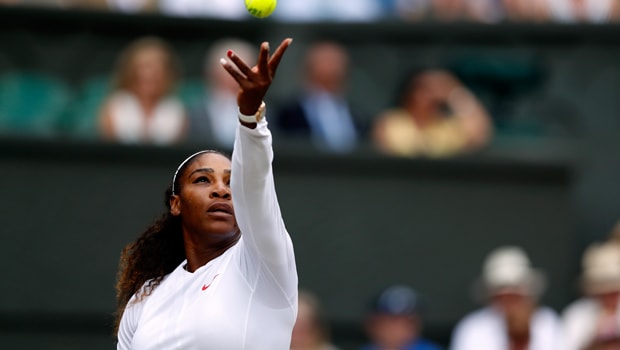 Former world number one Serena Williams says improvement is required in all areas of her game if she is going to stand any chance of winning the 2018 US Open at Flushing Meadows.

Williams has said on numerous occasions that she is at the start of a “long comeback” and recent results suggest there is still a long way to go before she returns to her previous best.

The American, who lost to Angelique Kerber in the Wimbledon final this year, suffered her heaviest career defeat, a 6-1 6-0 loss to Britain’s Johanna Konta in the Silicon Valley Classic first round last month, before losing 6-3 2-6 6-3 to Petra Kvitova in Cincinnati on Wednesday.

If the 36-year-old is going to land a 24th Grand Slam title at the US Open, which gets underway later this month, significant improvements will be required ahead of the final major tournament of the year.

Williams, who has won the US Open six times, knows certain areas need to be fine-tuned and she has put huge significance on serving ahead of the event at Flushing Meadows.

“I think I just definitely want to get a more consistent serve, more than anything, and return more consistently,” she was quoted as saying by tennisworldusa.org.

“Basically, my whole game needs to improve.” Williams and Kerber are joint 7.00 favourites to win the US Open, just ahead of French Open champion Simona Halep at 7.50.

Defending champions Sloane Stephens is priced at 10.00 to retain her title whilst Garbine Muguruza and Elina Svitolina are both 13.00 to triumph on the hard court.