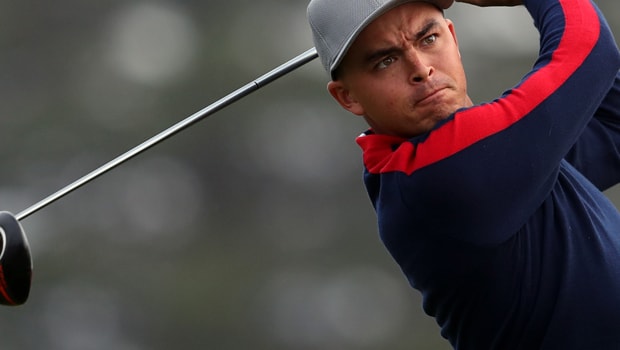 Rickie Fowler insists he will be fighting fit for the 2018 Ryder Cup at Le Golf National despite being forced to withdraw from The Northern Trust Open next week because of an injury.

Reports recently emerged that claimed Fowler had been playing with an injury over the past couple of tournaments and this has now been confirmed by the player himself via social media.

The 29-year-old may have been worried about potentially slipping out of the eight automatic places for the 2018 Ryder Cup in France but his place on the team was confirmed after the US PGA Championship concluded last week.

Fowler has confirmed his withdrawal from next week’s Northern Trust Open – the first event of the FedEx Cup – after revealing he has suffered a partial tear in his right oblique, a muscle on the outside of the abdomen.

He wrote on his Instagram page: “News got out last week that I was dealing with an oblique injury the past two tournaments…it was confirmed yesterday, via MRI, that I have a partial tear in my right oblique…my team and I feel like it’s best not to play next week in the Northern Trust…

I will be back healthy and competitive ASAP for the FedEx Cup and more than ready for the Ryder Cup!!”

Defending champions the USA are 1.91 favourites to win the Ryder Cup, a draw is priced at 10.00 whilst Europe are a 2.05 chance to claim the cup back.