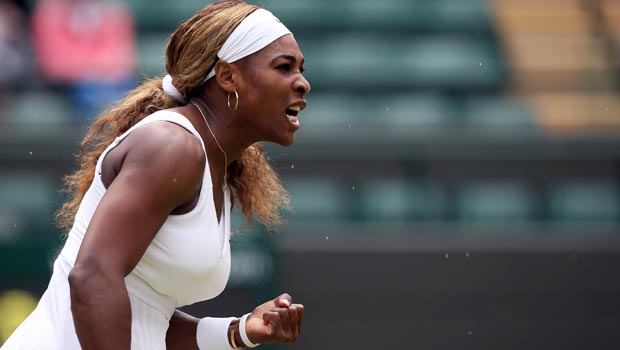 Defending US Open champion Serena Williams has confirmed that she is fit to play next month after recovering from a virus.

The 32-year-old had to pull out of her doubles match with sister Venus at Wimbledon due to the illness. Williams struggled to serve during the warm-up and the match was eventually brought to a halt.

Earlier in the tournament she was beaten in the women’s singles by Alize Cornet in the third round at SW19.

The world number one has confirmed she will now return to play at the Bank of the West Classic at Stanford University on Wednesday.

Williams has revealed she struggled with the virus for a few days after Wimbledon but she insists she is now ready to play at the US Open, which starts in Queens, New York City, on August 25.

“I feel very good. I feel very happy to be here, so it’s good,” Williams is quoted as saying by BBC Sport.

“They just said I was really ill, and really under the weather and I just wasn’t doing very well.

“I was really scared after because I didn’t realize how I felt until later and it’s just, you know, ‘Serena, keep your time, you will have the rest of your life to keep playing tennis hopefully.’

“I didn’t leave my house or my bed for a few days.”

Williams has yet to win a Grand Slam this season, although she has won the US Open for the last two years.

The American exited the Australian Open in the fourth-round before being beaten in the second-round of the French Open.