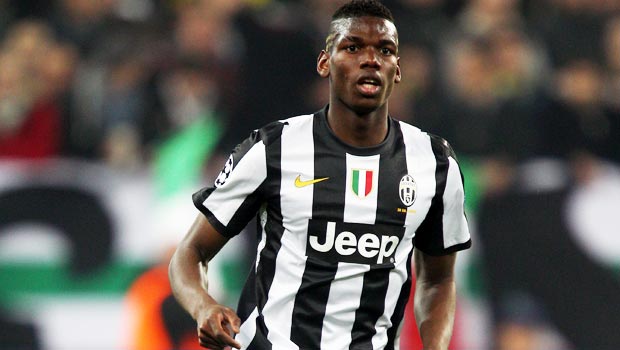 Paul Pogba’s agent, Mino Raiola, insists the Juventus midfielder isn’t in talks with the club about a new deal.

The France international has been linked with moves to Real Madrid and Paris Saint-Germain this summer after again starring for Juventus last season.

Pogba helped the club win their third Scudetto on the bounce last season and showed his ability once again at this summer’s World Cup in Brazil.

Reports in Italy have claimed that Juventus were to open talks about a new deal, and while Raiola insists none have taken place he admits they could.

Juventus, 1.80 to win the Serie A title next season, are adamant that they won’t sell the former Manchester United midfielder and Raiola is open to a number of options.

He told Gazzetta dello Sport: “I’ve not spoken yet with (sporting director Giuseppe) Marotta and I’ve no plans to meet him in the near future.

“Anything is possible for Paul.

“He could remain at Juve without renewing his contract as he is committed until 2016. It is also possible that he could decide to sign an extension before the start of the new Italian season.”

Vidal has been linked with Manchester United this summer and Juventus’ managing director Giuseppe Marotta is hoping he stays in Turin.

He told Sky Italia: “We recently renewed his contract because we knew that we could count on an important element. He has not taken any different position to what he thought before.

“Transfer gossip is normal on one of the best players in circulation. We have never activated a plan to sell the player.

“In football you can never say, but if the player wants to stay we will be happy to keep him.”