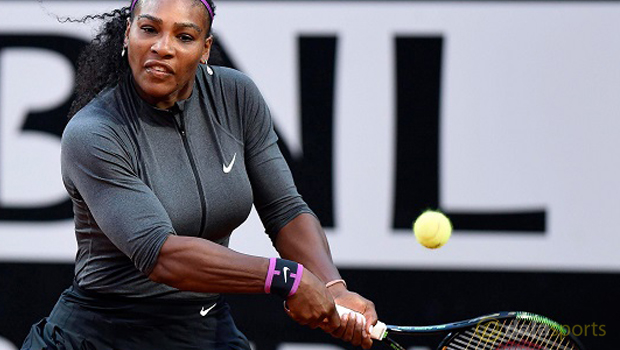 Three-time competition winner Serena Williams says she is relishing the chance to put the record straight against Svetlana Kuznetsova in the quarter-finals of the Internazionali BNL d’Italia.

The world number one rallied from a slow start in Rome to eventually ease past fellow American, Christina McHale, 7-6 6-1 and now has her sights set on a Miami Open rematch against her Russian rival.

Kuznetsova was the last woman to beat multiple major winner Williams, at the south Florida event, and the American powerhouse says knocking the world number 19 out in the Italian capital will be the perfect tonic ahead of this year’s upcoming French Open.

I couldn’t ask for a better match going into Roland Garros, so this is a perfect opportunity for me, win or lose, to see where I am and get ready for what I’m ready for, which is the main event.”

Williams leads the head-to-head record 8-3, but Kuznetsova can take confidence from her 2009 French Open quarter-final win over her American opponent.

Williams turned the tables on Kuznetsova by beating her at the same stage of the Paris tournament in 2013 and is in no doubt she remains the major scalp of the women’s game.

The 34-year-old has already lost in two finals this calendar year, at the Australian Open and Indian Wells, but says her confidence has not been shaken.

She said: “In my mind I’m always No. 1, and I think I have always thought that since I have turned pro. And in everyone else’s mind, even when I was injured they are like, You’re No. 1. I’m like, Yeah, sure.

So everyone else thinks it.” Williams is available to back at 1.25 in the Internazionali BNL d’Italia match betting and Kuznetsova is quoted 3.60 by Dafabet.