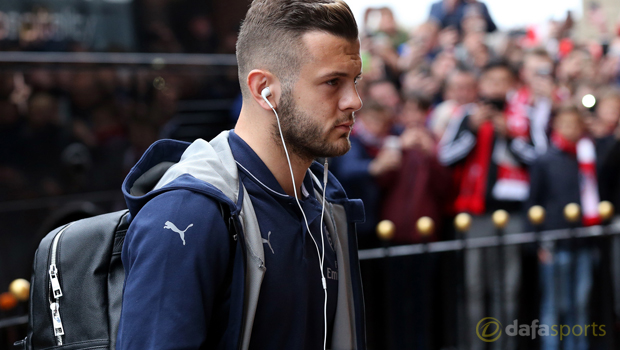 The luckless 24-year-old was out for 10 months because of a fractured leg, before making his return in a goalless draw against Sunderland last month and then playing almost 70 minutes against top-four rivals Manchester City last Sunday.

Roy Hodgson is a known admirer of the playmaker, but will be mindful of England’s history of selecting players returning from serious lay-offs for international tournaments.

Wilshere has made 28 appearances for England and scored a brace in the European Championship qualifying win over Slovenia last June.

Wenger says Wilshere could start Arsenal’s final game of the Premier League season on Sunday against already-relegated Aston Vila and has no qualms about his fitness.

The Frenchman told reporters at his news conference: “He can start. I haven’t decided yet, but I consider him ready to play.”

News of Wilshere’s return to fitness is offset by the loss of team-mate Danny Welbeck to knee surgery and Wenger said the striker, who will miss Euro 2016, will get the club’s full backing.

The manager said: “We are all devastated. The whole squad is. We will support him through this.” Wenger also used his press conference to describe reports he has been offered a new two-year deal as “an invention”.

The long-serving manager’s contract runs out next summer and the 66-year-old has come under increasing scrutiny from a section of Arsenal supporters over a perceived lack of ambition.

Reports suggested the Frenchman has until October to decide to commit to a new contract, but Wenger said: “It is completely wrong, I don’t know where it has come from, You can treat that as an invention.”

England are quoted 1.10 by Dafabet to qualify from Group B and are currently priced 9.00 in the Euro 2016 outright winner betting.