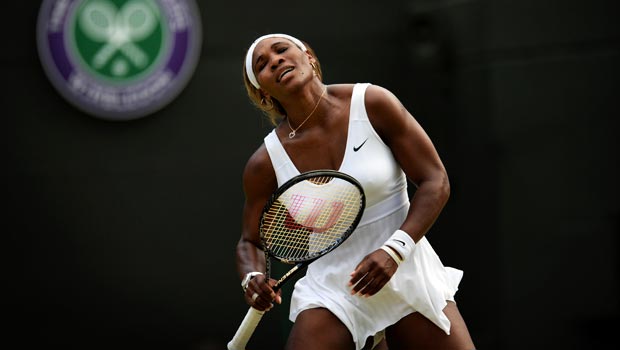 Williams lost in three sets to the 24th seed Cornet, claiming the first 6-1 before going on to lose the second and third sets 6-3 6-4 respectively.

The American was well below par and struggled to show any kind of consistency with her serve as she made her earliest exit at SW19 since 2005.

The 17-time Grand Slam champion stands one behind Chris Evert and Martina Navratilova but five short of the open era record set by Steffi Graf.

Despite her exit, Williams believes she still has what it takes to add further Grand Slams to her CV before she eventually decides to call time on an illustrious career.

“It’s definitely something in my mind, it’s pretty important.”

The 32-year-old has now lost twice to Cornet but this defeat was her first loss to the Frenchwoman at a Grand Slam and is only the third time in 15 visits that she has exited in the early stages.

It means that Williams has now failed to reach the quarter-finals of this year’s first three Grand Slams, something she hopes will change on home soil at the US Open.

Williams added: “I think everyone in general plays the match of their lives against me.

“I just have to always, every time I step on the court, be a hundred times better. If I’m not, then I’m in trouble.”