Serena Williams to defend in Melbourne 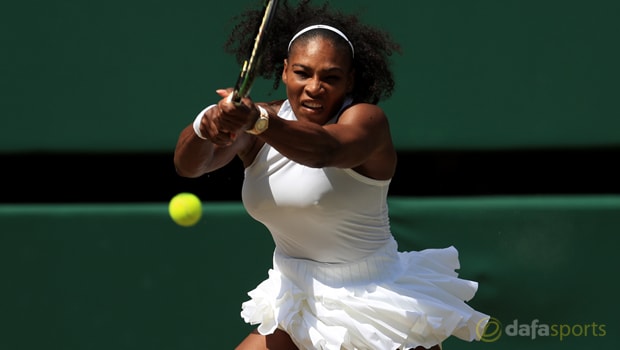 The American has not played since beating sister Venus to win last year’s event in Melbourne, having taken time off to have her first child and get married.

Williams gave birth to a baby girl in September after confirming her pregnancy in the spring.

Remarkably, she was carrying her daughter during her victory earlier this year and having returned to the practice courts, is now set to return to Melbourne Park.

The 36-year-old currently has 23 Grand Slam titles to her name and an eighth victory in Australia will see her match Margaret Court’s current benchmark of 24 singles majors.

She is the 4.75 favourite to win in Australia, with Garbine Muguruza her nearest rival in the betting at 6.50, while Venus can be found at 23.00.

Her participation was confirmed by Tiley on Wednesday and he admits he is excited to see her back at the iconic venue.

The tournament director told the Herald Sun: “She’s got her visa, she’s entered, she’s practising and she’s probably just got to find a bit more space for a bigger entourage.

“There’s no question that she’ll be ready in our view and she wants to break a record that is Margaret Court’s.

“It would be a pretty significant accomplishment for her to be able to do that.”

Her family commitments mean she is likely to limit her schedule again but she remains the favourite to win the remaining Grand Slams later in the year.