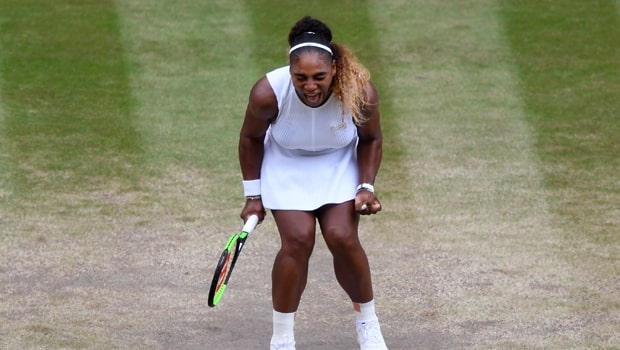 Patrick Mouratoglou, coach of 23 grand slam winner Serena Williams, has expressed optimism that the star is only getting better, and has what it takes to secure a 24th grand slam in no distant time, observing that the 38-year-old is getting faster and fitter.

Williams, who last won a grand slam in Australia in 2017, has suffered a series of setbacks, and has failed to secure a title in the four grand slam events she has been a part of, with the latest upset being just this month when she lost at the Finals of the US Open to 19-year-old Bianca Andreescu.

Mouratoglou, who has coached Williams since 2012, is still sure she has what it takes to come on top and secure her place in history, as a 24th grand slam title could tie her with Margaret Court as the player with the most grand slams of all time.

Speaking with Sky Sports, Mouratoglou said, “I think time is working for her…she was much better at US Open than she was at Wimbledon”. Wimbledon was where Williams lost to Angelique Kerber in 2018. He further went on to say “she is getting better in shape…I think she has started to play really good tennis”.

If anyone is in a position to assure us of Serena’s readiness, then it has to be the man who has coached her for seven years now, taking her to 10 grand slam titles.

He also acknowledges that she may be under pressure of some sort, and she only has to figure out how to get through it, especially the last match, as she has always lost the last match in a tournament, hence not being able to claim the title, saying “It is one match for history and the pressure is quite high. This is the highest pressure anyone can have in life”.

Patrick Mouratoglou knows what he is saying, and it would be a delight for many to watch Serena bounce back and claim her 24th title, for no other reason but for the fact that she has worked very hard for it. In any case, we would have to wait until January to see Serena in action at the Australia Open.

Serena Williams is backed at 5.75 to win the 2020 Australian Open, while rival Bianca Andreescu Is fancied at 7.75.