Posted by OLADIPUPO MOJEED on October 2, 2020 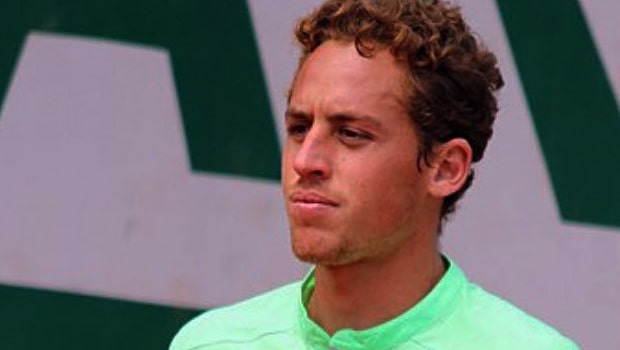 Carballes Baena ranked 101 in the latest ATP ranking, knocked out the 9th seed on Court Suzanne Lenglen, setting up a meeting with 18th seed Grigor Dimitrov.

Shapovalov, who was a quarter-finalist in the last US Open, failed to progress to the last 32 this time around. He served for the match twice in the final set at 5-4 and 6-5. Unfortunately, he couldn’t take the game after being broken on three consecutive occasions.

27-year-old Spaniard described his win as a dream on the clay court. This is the first time Carballes Baena will advance to the third round of a major.

Reacting to his defeat, Shapovalov lauded the 27-year-old Spaniard, who he described as very solid, adding that he focused on his game.

In another game, number one seed Novak Djokovic has now progressed to his 70th win at Roland Garros after thrashing Lithuanian Ricardas Berankis on Thursday 6-1, 6-2, 6-2.

The Serb progressed in a match that he hardly broke a sweat for his 70th Roland Garros win. This victory moves him into joint second place on the all-time list with a fellow top player, Roger Federer, who is absent from the tournament. The top Swiss player is out of the slam due to an injury that requires an operation. He has begun his rehabilitation.

Meanwhile, he is still a whopping 25 behind Rafael Nadal, who is on top of the all-time list.

He strolled to the next round of the tournament, meeting minimal resistance like his first-round game against young Swede Mikael Ymer.

He will be facing 153rd-ranked Colombian Daniel Galan in the next round. With such opposition, it means the 33-year-old Serb might be meeting another opponent that won’t give him much stress.

66th ranked Berankis has not recorded a single victory against Djokovic in their five previous Grand Slam meetings.