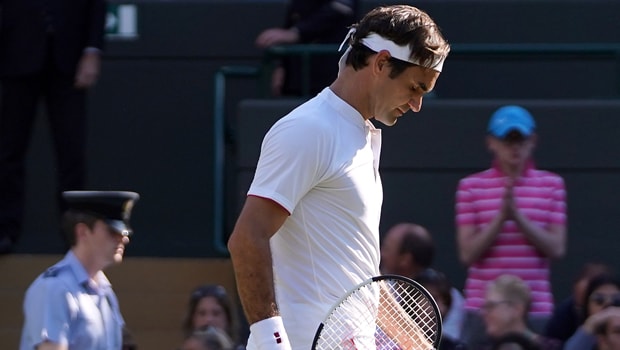 Roger Federer has announced that he’ll be missing next month’s Rogers Cup in Toronto.

The world number two is managing his playing schedule carefully as he attempts to squeeze every ounce from his remaining days at the top of his sport.

It has led to Federer, 36, playing a total of just seven singles events so far this year as he manages his workload strategically.

Federer claimed the 20th Grand Slam title of his career at the Australian Open in January and also won titles in Rotterdam and Stuttgart. He skipped the French Open in Paris before returning for the grass-court season.

He was beaten in the finals at Indian Wells and Halle before sensationally bowing out of Wimbledon in the last eight.

Federer was on course to make the last four at SW19 and set a new benchmark for consecutive victories at the All-England Club as he led big-hitting South African Kevin Anderson by two sets, but his opponent fought back and won a tense fifth set to knock Federer out.

Anderson then fended off John Isner’s power in the semis before losing in straight sets to Novak Djokovic in the final.

Withdrawing from Toronto is the best option for Federer, he confirmed, with the US Open his key autumn target.

“Unfortunately with scheduling being the key to my longevity moving forward, I have regrettably decided to withdraw from Toronto,” Federer said in a statement.

Federer lost the final of the Rogers Cup last season against Alexander Zverev of Germany.

He will be only member of the world’s top 10 absent from Toronto, as things stand, when the ATP World Tour Masters 1000 event starts on August 4.