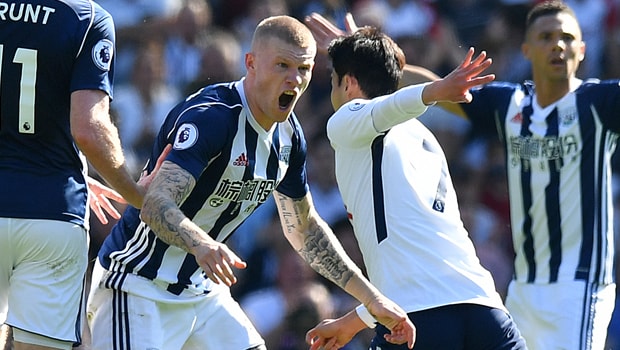 Republic of Ireland international James McClean wants to repay the faith shown in him by Stoke City boss Gary Rowett.

The Potters boss made McClean a key summer target after taking over at the bet365 Stadium and the winger was duly signed from West Brom over the weekend for a fee of £5m.

The 29-year-old has joined the Potters from West Brom, who were also relegated from the Premier League last season, and he feels his new club are well positioned to get back into England’s top flight.

The former Wigan man also revealed he feels he can excel under Rowett given the confidence his new boss has already shown in him.

He said: “I really do think that Stoke are well placed for the future and that was one of the key reasons behind my decision to come here.

“It’s nice when you know that the manager rates you so highly and as soon as he got the job at Stoke he was looking to bring me here. It’s up to me to repay the faith he’s shown in me. I can’t wait to get started.”

McClean played for Sunderland and Wigan Athletic before signing for the Baggies three years ago in a £1.5million deal.

He found the net four times in 99 Premier League appearances for the Hawthorns side, while also excelling during that time in his international endeavours for Ireland under fellow Derryman Martin O’Neill.

He is Stoke’s fourth signing of the summer, following the arrivals of Adam Federici, Benik Afobe and Oghenekaro Etebo, as they prepare for their return to the Championship.

Stoke are 6.50 to win the Championship title and 2.70 to be promoted next season.