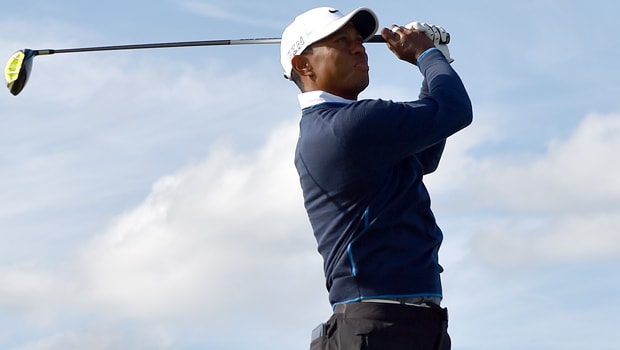 Rory McIlroy feels the modern players are dealing with a “different version” of Tiger Woods after he came close to winning The Open at Carnoustie on Sunday.

Woods was close to a fairytale return to The Open after a three-year absence although he eventually came up three strokes short of winner Francesco Molinari.

The 14-time major winner led the field as he made the turn but a double-bogey, bogey run halted his momentum, with playing partner Molinari remaining rock solid throughout the final day in carding 16 pars and two birdies.

Woods eventually finished three back of the Italian while McIlroy, spurred on by an eagle on the back-nine, charged late but could only share second spot on this occasion.

The Northern Irishman feels that Woods is different now compared to the player that dominated golf in the early part of the century.

“It’s not (the) Tiger that, you know, Phil (Mickelson) and Ernie (Els) and those guys had to deal with.

It’s a different version,” said world number eight McIlroy, whose charge came too late as he finished two shots back.

“But he’s right there. He’s getting himself in the mix. He looked good in (Washington) DC a couple weeks back (where he tied fourth at the Quicken Loans National). He’s looked good here.

“He does things that maybe he didn’t do 10, 15 years ago, but it’s still great to have him back. It’s still great for golf. He’s healthy. I wouldn’t say we’re worried about him but he’s one of those guys that’s always in with a shot.”

Woods is 19.00 to win the PGA Championship next month, while McIlroy is 13.00 to claim the fourth and final major of the season.