Roger Federer through to final four in Miami 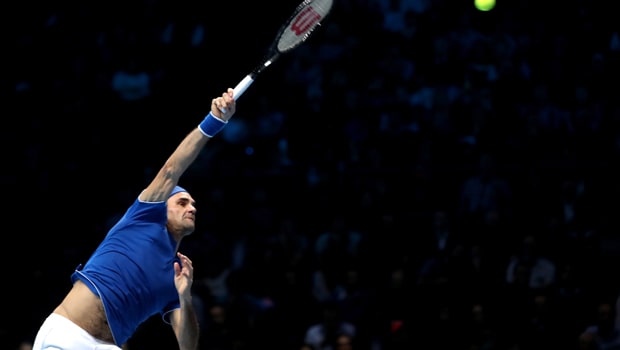 Swiss ace Roger Federer admits he cannot wait to test himself as he prepares to take on Denis Shapovalov in the Miami Open semi-finals.

The 37-year-old was far too strong for South Africa’s Kevin Anderson on Thursday as he beat him 6-0 6-4 in just under an hour and a half. Federer claimed the first set in just 26 minutes and Anderson struggled with nerves throughout the contest.

Shapovalov found life a little tougher during his match against France’s Tiafoe but he still recorded a 6-7 6-4 6-2 victory. American John Isner will play 18-year-old qualifier Felix Auger-Aliassime in the other semi-final and Federer admits he cannot wait to take on the younger generation.

He told reporters: “It doesn’t feel that different to when I played Rafa Nadal when he was super young, or anybody.

“Any teenager you play, once I think you’re 23, feels different to playing anybody else, because they come out there, and they might not know all the plays down to the T yet, but they don’t have to, because they just free-swing sometimes, and that makes it particularly dangerous.

“I have always enjoyed playing against teenagers. I think it’s very exciting because of that. It’s an exciting draw, for John Isner and for myself here, playing these young guys.

They are not just young, but they are very good, as well. They are nice guys. It should be hopefully good semi-finals.”

Federer is 1.22 to win his next match on Friday night, while Shapovalov will be the 4.20 outsider.