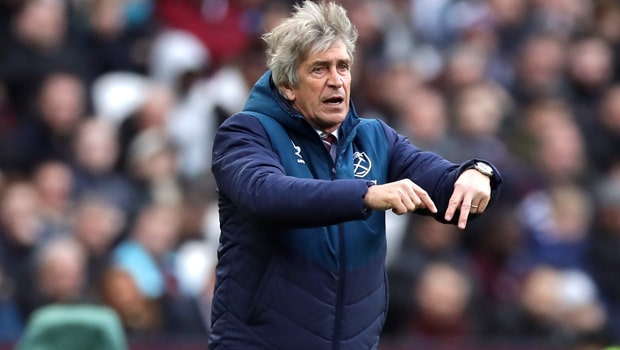 Manuel Pellegrini has warned any suitors of West Ham’s Declan Rice that they’ll have to meet the asking price to prise him away from West Ham.

The 20-year-old has enjoyed a stellar first full season in the Hammers’ first team and made his full international debut for England in last Friday’s win over the Czech Republic at Wembley.

Rice was then handed a starting jersey for the 5-1 win in Montenegro by Gareth Southgate, completing his fast-track ascent in the Three Lions’ set-up after he switched allegiance from Republic of Ireland earlier this year.

Rice is already being linked with Manchester United following his impressive cameo with England in their supreme start to the Euro 2020 qualifying campaign.

There may well be other Premier League clubs keen on a move for the midfielder this summer but Pellegrini has issued an early warning.

West Ham are keen to retain their player, but the Chilean has been around long enough to know that an offer worth taking will be accepted by the club – should it come in.

“In that case, as always, it is just a matter of price,” said Pellegrini.

“There are big teams who decide to pay an important amount of money. Sure, if it is a good deal for the club and the player and improves his career, then we can do it. But I don’t know nothing about that yet.”

Rice has made 28 Premier League appearances for West Ham this season, scoring twice, notably in the 1-0 win over London rivals Arsenal.

West Ham are 2.50 to beat Everton at the London Stadium on Saturday evening. The Toffees are 2.80 while the draw is 3.40.