Roger Federer sets his sights on another major 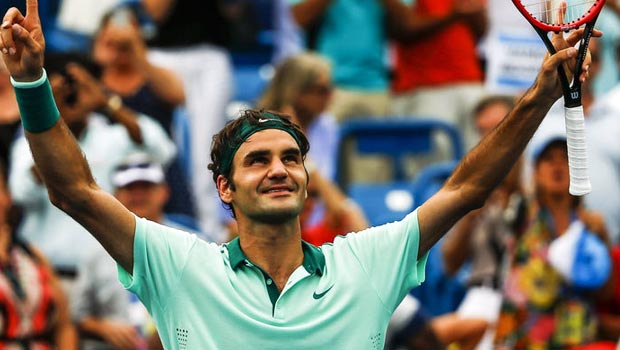 Roger Federer feels he is in great shape heading into the US Open after defeating David Ferrer to win the Cincinnati Masters on Sunday.

The Swiss maestro has looked in superb form since the ATP Tour returned to the hard courts of North America, reaching the final of the Rogers Cup the previous week.

The 33-year-old followed up his good showing in Toronto by maintaining his unbeaten record against Ferrer to clinch his first Masters 1000 title in two years.

The 17-time Grand Slam champion has now won all 16 of his matches against Ferrer but was made to work for his win, the Spaniard bouncing back from dropping the first set with a triple break in the second to clinch it 6-1.

Federer was able to regain his composure in the decider, holding serve before breaking Ferrer in the fourth game to take control as he secured his 80th ATP Tour title with a 6-3 1-6 6-2 win.

The world No 3 says he will have a break before turning his attention to the US Open, for which he is 5.00 to win.

“I know I didn’t beat Rafa [Nadal, absent injured] and Novak [Djokovic, a third-round casualty] here but you can only beat who you play.

“Clearly I can’t wait for the US Open but I need some rest too.”

World No 1 Djokovic has exited both of the pre-US Open tournaments in the early rounds but is still 2.25 to make it back-to-back Grand Slam titles at Flushing Meadows after winning Wimbledon in July.