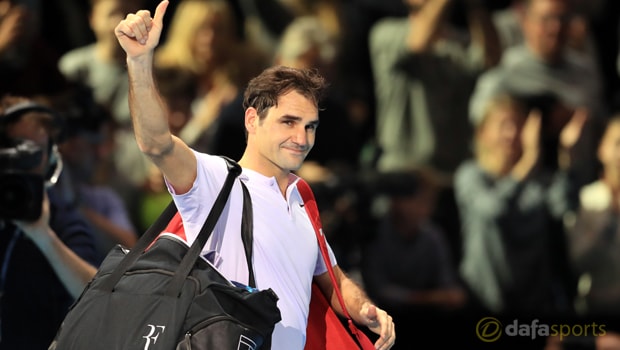 Roger Federer admits he is unsure if next year will be his last season on the ATP Tour following his brilliant 2017 campaign.

The Swiss was written off in some corners after a barren few seasons and a troublesome knee injury, but bounced back to win both the Australian Open and Wimbledon, in the process taking his Grand Slam tally to 19.

With Rafael Nadal claiming the other two Slams, the pair are again being tipped to roll back the years in 2018, starting in Melbourne in January.

Federer is the 3.80 favourite to win next year’s Australian Open, with Nadal priced second in the betting at 4.20.

At 36, the world number two has inevitably been tipped to retire in the near future and, with four young children to raise, Federer certainly has other things to think about.

He says everything he achieves from now on will be a bonus and he is trying his best not to think about the end of his career.

“We’ll see how much longer I can play. My fans know I would like to continue this way, until when I will enjoy playing tennis and am able to reconcile my sports’ activity with family life,” Federer told CoopZeitung.

“Any other success is an extra satisfaction, especially since a few people believed I couldn’t win the 18th Grand Slam title.”

Federer added: “After winning all the major titles, journalists looked at new things.

There are many speculations about my retirement and they won’t end until when it gets real.

“I try not to think about retirement too often because I think the more you think about it, the closer it gets.”