Roger Federer relaxed ahead of return to clay 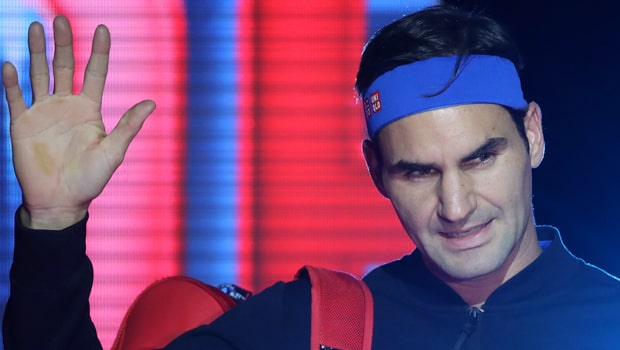 Roger Federer says he isn’t putting any pressure on himself as he prepares for his first clay-court event in Europe for three years.

The Swiss maestro’s last tournament on the surface was the Italian Open in 2016 as he has opted to skip the clay-court European swing of the ATP Tour for the last two years.

The 20-time Grand Slam champion will compete at the Madrid Open this week and then the French Open, while there is a chance he could be involved in Rome as he holds an entry.

Federer is looking forward to competing on clay again but says he isn’t expecting any major successes after his self-imposed absence.

“I’m happy that the decision I took last December, when I started feeling like I definitely want to play on the clay, was the right one,” Federer told reporters.

“I haven’t looked back yet during the clay court build-up, thinking, ‘Ah, maybe I shouldn’t have’.

“I’m happy I’m here, I’m happy I am on the surface. “It takes some time getting used to how to construct the points a little bit more because there is more baseline [play], a possibility to play with more angles and height. It’s been interesting and fun, but not so challenging.”

“It will be interesting to see how this tournament goes,” he added.

“I do not have high expectations in some ways. “But at the same time I also know that things are possible. Madrid always plays fast with the altitude here. I’m intrigued to find out.”

Federer, the fourth seed in Madrid, will face either Richard Gasquet or Alejandro Davidovich Fokina in his opener in the Spanish capital after receiving a first-round bye.

Federer is 15.00 to win the Madrid Open outright, Rafael Nadal is the 2.50 favourite and defending champion Alexander Zverev is 17.00.