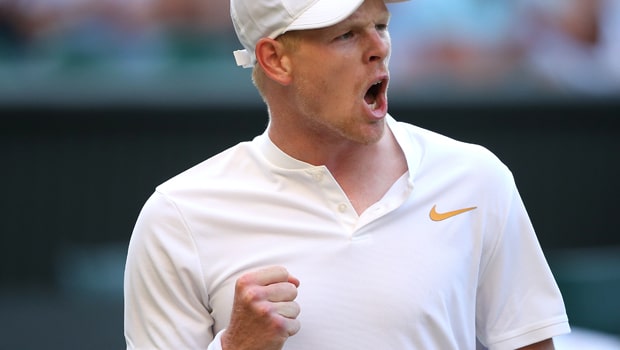 Roger Federer says British number one Kyle Edmund has everything in place to have a bright future in the game. The two met for the first time on a court at the BNP Paribas Open in Indian Wells, with Federer winning through 6-1 6-4 to reach the quarter-finals in windy conditions.

It was ultimately a comfortable victory for the 20-time Grand Slam winner. However, he saw enough in Edmund’s game to predict a bright future for the 24-year-old.

He said afterwards: “He didn’t have the best start, so that cost him the first set. Second set, it was definitely better.

“I think he probably struggled throughout a little bit. He never really got going. Conditions are tough with the glare, and the jump of the ball is sometimes hard to find the rhythm and timing.

“He’s got everything in the game. It’s just a matter of keeping improving, keep plugging away, and then he will make big results again. He knows that.”

Edmund achieved his first Grand Slam semi-final at the Australian Open last year and won his first ATP title, the European Open in Belgium, in October. He reached a high of 14th in the world after that win but has since slipped back to number 23.

Federer, fourth seed in Indian Wells, meets Polish player Hubert Hurkacz in the last eight and could then face Rafael Nadal in the semi-finals.

Federer is 1.07 to beat Hurkacz, who is 8.00. Top seed Novak Djokovic lost in the third round to Philipp Kohlschreiber. Federer is 2.63 to win the Indian Wells tournament, with Nadal 2.70.