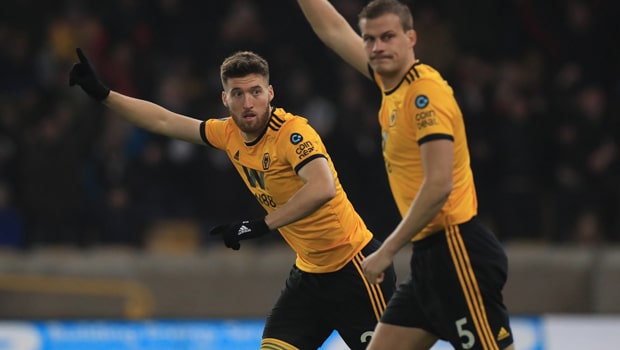 Defender Ryan Bennett admits that winning a cup has always been one of Wolves’ priorities during the current campaign.

The West Midlanders have enjoyed a superb transition back into the Premier League and sit seventh in the standings, with 44 points from 30 games played.

They will be playing top-flight football once again next season and have been roundly praised for the brand of football employed under Nuno Espirito Santo.

However, with the ‘big six’ seemingly set to continue their domination of the upper reaches of the Premier League, clubs such as Wolves must look to the cups for any chance of glory.

The Molineux outfit have reached the quarter-final stage of the FA Cup and will host Manchester United on Saturday evening, with Bennett excited to take on the Old Trafford giants.

“We have done well this year to progress in the way we have,” he said. “It’s another big game and hopefully we can progress.”

Top-flight security is every club’s first aim when proceedings get underway in August, but Bennett has made it clear boss Nuno’s message has always been that they will look to go as far as possible in any cup competition.

“The manager has gone from day one saying we’ve got the chance to win a cup,” he added.

“He realised we had an opportunity to win a cup and how good and big it is.

“It was made clear inside the club how seriously we need to take it and we’re getting the rewards for how hard we have worked.”