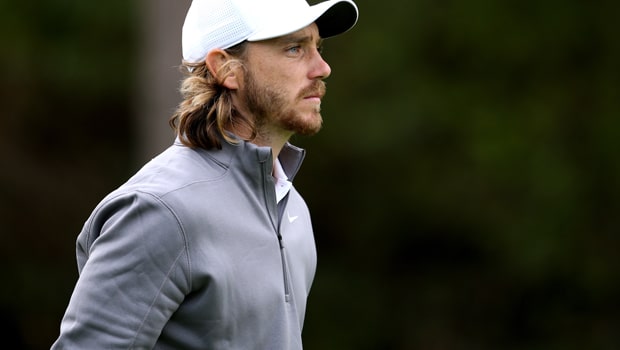 Tommy Fleetwood felt keeping his ball in play was the key to shooting a seven-under-par 65 to share the first-round lead at the Players Championship.

The Englishman carded seven birdies in a bogey-free round to back up last week’s joint-third finish at the Arnold Palmer Invitational with another stunning round.

The 28-year-old shares the top of the leaderboard with US star Keegan Bradley, who managed six birdies and one eagle, but also dropped a shot at the 13th.

In benign Sawgrass conditions, Fleetwood was at the top of his game and hopes to keep up his impressive driving in round two.

“If you’re in the fairway all the time, the course feels very, very different,” he said.

“And it’s a massive key around here. And then I just started picking a few shots up, and then you get on a run like 7, 8, 9, and it feels great after that.”

South Koreas’s Byeong Hun An and American Brian Harman are tied for third on -6, while Rory McIlroy, Vaughn Taylor and Ryan Moore sit on -5 after the first 18 holes.

Moore tamed the infamous 17th ‘island’ hole by holing his tee shot, with the ball dropping straight into the cup after slamming into the flag stick.

Three-under was a popular score, with English duo Ian Poulter and Matt Wallace joining Spanish pair Jon Rahm and Sergio Garcia on that mark, while Dustin Johnson also signed for a 69 at Ponte Vedra Beach.

Fleetwood looks in red-hot form and the Ryder Cup ace is 7.00 to win his first tournament stateside, with McIlroy 7.50 and Johnson priced at 13.00.