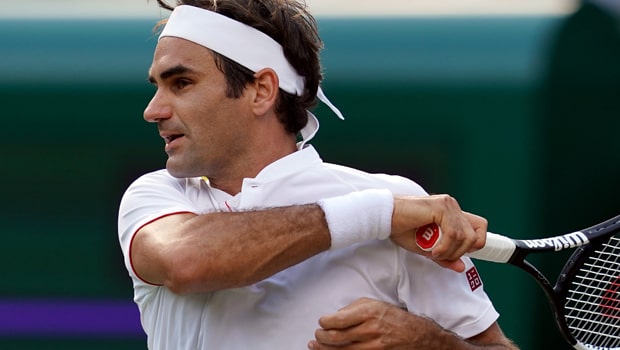 The 37-year-old 20-time Grand Slam winner, who started the tournament in the round of 16 when Milos Raonic was forced to withdraw, enjoyed a relatively comfortable passes into the last-eight.

However, the Swiss did save two break points when serving at 4-3 up in the second set only to then break the Italian in the next game on his way to wrapping up a 6-4 6-3 victory in 73 minutes.

Afterwards, Federer admitted that he struggled to find his best form against 31-year-old Fognini.

He said: “I think both of us were far from our best, but we fought with what we had and at the end I think I maybe served a bit better in the important moments than Fabio did.

“Off the baseline, it was tough. He takes the ball early and can really redirect really well. But I’m very happy because it means I’m moving on in the tournament.”

The world number three will now face Kei Nishikori in the quarter-finals after the Japanese defeated Wimbledon finalist Kevin Anderson in straight sets, 6-4 6-4, in their last-16 meeting later on Thursday.

Federer, who is playing the Paris Masters for the first time since 2015, is 7.00 to win it for the second time in his career having previously lifted the title in 2011.