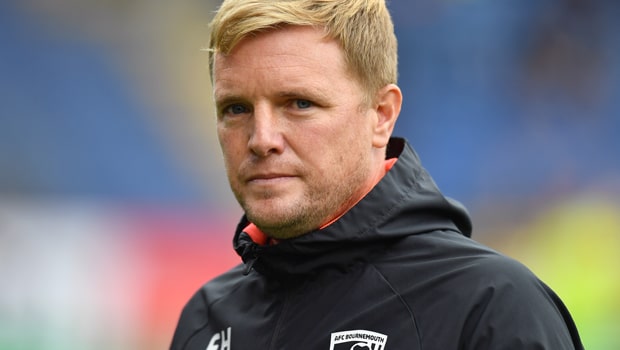 Eddie Howe insists Bournemouth have not switched their targets for this Premier League season despite the side making an impressive start.

The Cherries’ first aim for the 2018-19 campaign, like many other clubs in the division, was to hit the magic 40-point mark which usually guarantees Premier League safety for another season.

However, after six wins from their opening 10 matches, the south-coast outfit are already halfway to survival on 20 points and occupy sixth spot – two behind Arsenal in fourth and six behind the leading pair of Manchester City and Liverpool.

A win against Manchester United at the Vitality Stadium on Saturday lunchtime would move them fourth at least until the later fixtures get under way, and no doubt lead to talk of a push for European qualification this season.

However, Howe is adamant that they are staying grounded about the good run of form and are just staying focused on achieving the targets which were set in the summer. He said: “We sat down at the start of the season and made set targets.

I think we were conscious of our start last season and we were determined to try and improve on that.

“I think that was in our minds because last season we gave ourselves a big challenge to overcome.

“We started poorly, results were not good and we had to dig deep within ourselves to come again and find the strength to end up with a respectable league position.

“This year we remembered that, we focused on our pre-season, had a really good pre-season schedule and we have started well.”