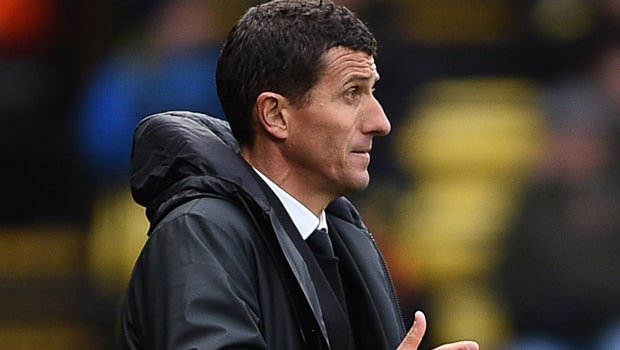 Watford boss Javi Gracia says he has not given too much thought to the speculation that he is set to be offered a new contract by the club.

The Spaniard succeeded Marco Silva as manager at Vicarage Road in January, and, after stabilising the club last season, he has guided them to their best-ever start to a top-flight campaign this term.

Indeed, Watford have won their last two Premier League games without conceding a goal and they will head into Saturday’s clash with struggling Newcastle at St James’ Park sitting seventh in the table, above the likes of Manchester United and Everton.

Gracia has rightly received a lot of plaudits for Watford’s flying start to the season and there has been talk that he is set to be offered a new deal, with his current contract due to expire this summer.

The 48-year-old is not too concerned by that speculation, however, and he is instead keeping his focus on matters on the pitch.

He said: “I don’t like to speak about that. I’m not concerned, I prefer to be focused on the game.

I think it’s the best for me, the club, for everybody. We will see what happens in the future.”

Gracia certainly does not feel it is a foregone conclusion that Watford will beat Newcastle on Saturday, particularly given the quality of Magpies coach Rafael Benitez.

“They are a good team,” he added. “They have a very good coach. Sometimes these things happen and you never know why.

“He is a coach with a lot of recognition. In England and Spain everyone knows he’s a great coach, and for me as well.”

Watford have won their last five meetings with Newcastle in all competitions and they are priced at 2.80 to maintain that record on Saturday, while the Magpies are available at 2.70 and the draw is on offer at 3.10.