Roger Federer: Novak Djokovic is on a roll 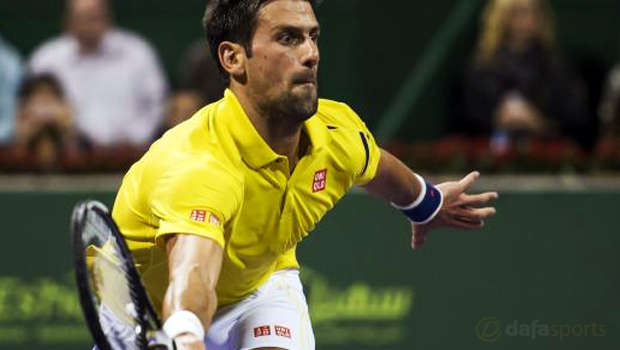 Roger Federer says world number one Novak Djokovic is going to prove a tough nut to crack at the Australian Open in Melbourne.

The Serb goes in search of a sixth win in the season’s opening grand slam event and what would be his fifth in six years.

Djokovic warmed up for the event by lifting his first title of 2016 at the Qatar Open over the weekend.

In the final he delivered a masterclass to sweep aside the challenge of Rafael Nadal 6-1 6-2 in just one hour and 13 minutes.

Nadal could take just nine points on the Djokovic serve during the match and afterwards the victor revelled as he admitted he had played near “perfect tennis” during the match.

Djokovic has reached the final of the last 15 tournaments he has competed in and Federer was impressed with what he saw in Qatar.

“To some extent it’s surprising for sure,” the 34-year-old Swiss said of the win against Nadal.

“Maybe not so much because he’s been on a roll for a while now. Of course, he is the favourite for the Australian Open. Plus he’s played well there historically.”

Djokovic came within one match of winning all four grand slam events last year, his defeat to Stan Wawrinka in a four-set French Open final the sole blot on his copybook.

Federer was on the wrong end of the scoreline in the Wimbledon and US Open finals, the former world number one left to ponder whether grand slam win number 18 will ever arrive.

Federer has not triumphed in Melbourne since 2010.

Djokovic is 1.70 to win the Australian Open, while Federer can backed at 9.00. Andy Murray, beating in four Melbourne finals, is 6.50.