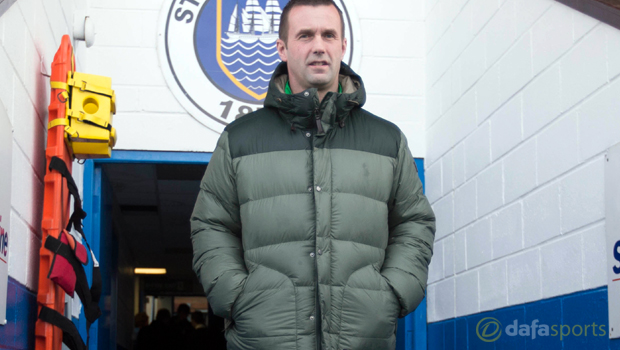 Celtic boss Ronny Deila says it is not easy for the Scottish champions to bring in new faces during the January transfer window.

The Norwegian says he has a long list of targets identified for this month but that it is far from the ideal time to draft in new players.

Those that are doing well at their clubs are hard to budge, the Celtic boss says, while out-of-favour players come with greater risks attached.

The Hoops ran the rule over 17-year-old Norwegian midfielder Kristoffer Ajer and 18-year-old Irish attacker Darragh Markey in a behind closed doors game over the weekend while Croatian midfielder Ivan Mocinic has also touted as a potential Celtic target.

Deila says he has many options to consider but he is unsure how much business Celtic can realistically get through this month.

“It is hard. It is a challenge. If players are playing well then they do not want to leave a club and if they are not playing then you have to weigh up their fitness and whether they are ready to play or not,”
he said.

“But we are working all the time. You can be assured that we know the areas we want to strengthen and we are striving to do that but it takes time.”

“It is too early to say just now what we might have in by the end of the window.”

One player Deila does not want to see leave the club is Aussie midfielder Tom Rogic. The 23-year-old has been linked to Leeds United but Deila says he is worthy of a new contract in Glasgow given his performances this season .

“Tom has done really well this season and has worked hard to get himself into the first-team,” said Deila. “He is making good progress.

He knows what he still has to work on but his attitude is good and his level of performance has been good. He deserves a new deal.”

Celtic are in action at Dundee United on Friday night, a game the Hoops are 1.36 to win. The home side are 8.50 for the Tannadice clash with the draw at 3.75.