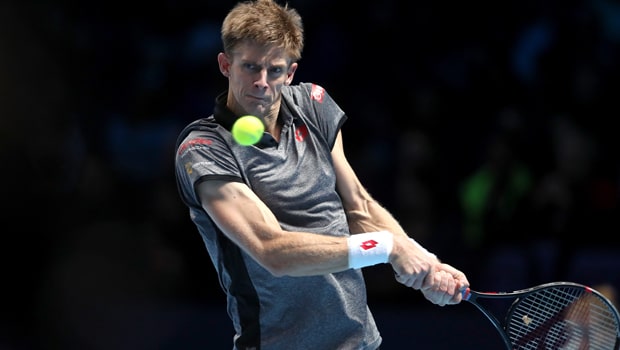 Roger Federer respects the big-serving ability of Kevin Anderson ahead of a quarter-final clash at the Miami Open.

The Swiss suggests the hard court clash will be the South African’s ‘cup of tea’, though he is also hoping he’s playing well enough to ‘bother him’.

Three-time champion Federer eased into the last-eight in Miami with a straight-sets victory over Russia’s Daniil Medvedev. The Swiss, who last won the title in 2017, beat the 13th seed 6-4 6-2 in just 61 minutes.

The 37-year-old managed to hit 22 clean winners in the match. World number five Federer has lost to Anderson only once in six meetings, at Wimbledon in 2018, but he is respectful of his opponent, especially on this surface.

“Kevin is a great player, he’s got one of great serves in the game at the moment,” Federer said. “In America on hard courts, that’s his cup of tea, but I’m playing well and I hope I can bother him.”

Anderson beat Australia’s Jordan Thompson 7-5 7-5 but Federer is happy with his own performance levels so far.

He is particularly pleased with how he is winning crucial points at key moments in matches, something he hopes to continue.

“I thought it was an interesting match,” Federer said of the win over Medvedev. “There were really long rallies, tactical points. The big points went my way and that was the difference. “I’m serving great this week and hope I can keep it up in the next round.”

Federer is favourite at 1.75 to win the Miami Open, with John Isner priced at 4.20 and Anderson trading at 13.00 ahead of his quarter-final.