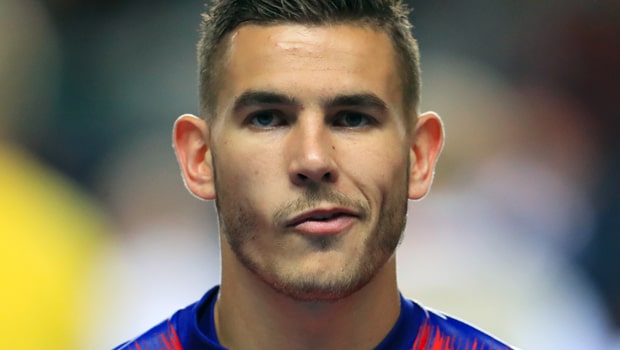 The 23-year-old will join the German club on July 1 on a five-year deal running through to June 2024 after a deal was agreed with Atletico Madrid.

Hernandez is already a World Cup winner with France last summer despite having just 15 caps for Les Bleus under his belt.

He has been part of the set-up at Atletico for more than a decade, making 67 La Liga appearances in the first-team under Diego Simeone.

He has hailed the move as a ‘very important landmark’ in his career. “Bayern Munich is one of the best clubs in Europe and the world. I am proud to be able to fight for all titles for Bayern in the future,” Hernandez said.

“I would like to thank Atletico, the management, the coaches, my teammates and the fans for a wonderful twelve years. Atletico will always be a part of me. Now I’m happy that I’m taking the next step at Bayern.”

The fee agreed with Atletico overtakes the £37m that Bayern spent on Corentin Tolisso from Lyon in 2017 and, while it would also eclipse the potential £47m outlay they’ll have to pay if they exercise the option to buy loanee James Rodriguez from Real Madrid this summer.

“I am very happy that we have been able to sign one of the best defensive players in the world and world champion in Lucas Hernandez,” said Bayern sporting director Hasan Salihamidzic.

“Lucas will continue our tradition of outstanding French players and strengthen our team.”

Bayern are 1.36 to retain the Bundesliga title this season, with Borussia Dortmund priced at 3.10.