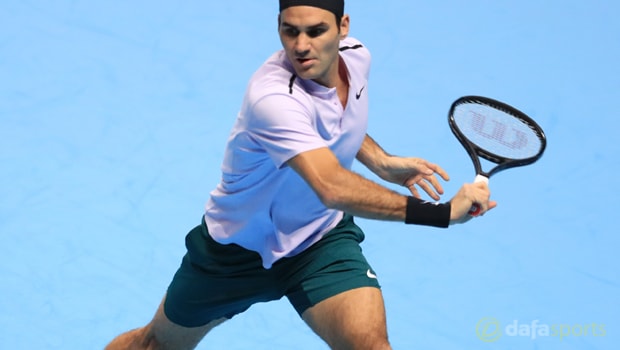 Roger Federer admits it will be tough to match his exploits from 2017 next season but hopes to enjoy more success, while he’s also relishing the return of some big names.

The Swiss rediscovered his best form in 2017 after a disjointed few seasons, which were disrupted by several injuries.

Federer, who is priced at 3.80 to win the 2018 Australian Open, kicked off 2017 by winning the Australian Open before deciding to skip the French Open to ensure he would be firing on all cylinders in the second half of the campaign.

The 36-year-old’s break appeared to work to his advantage as he return to scooped an eighth Wimbledon crown.

The world number two has recently been practicing with Canadian youngster Felix Auger Aliassime to build up his fitness levels ahead of getting back into competitive action in 2018.

Federer said: “I won’t probably live the same emotions as 2017. But I have been able to surprise myself for all these years, so I hope to have good moments again.

“It’s been a massive year – perhaps my favourite! If 2018 is half as successful, then I’ll be happy.”

The likes of Novak Djokovic, Andy Murray and Milos Raonic all spent time away from the tour this year due to injuries and Federer is interested to see how strongly they can comeback.

He added: “I am curious to see Djokovic, Murray, Wawrinka, Nishikori and Raonic coming back.

It will make an impact. I think one of them will be strong, so you can lose one more match and winning one or two less tournaments.”