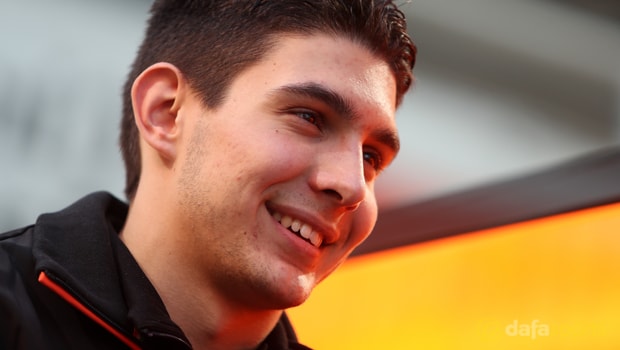 Toto Wolff has shot down claims suggesting Mercedes are set to drop Valtteri Bottas for junior driver Esteban Ocon in 2019.

Bottas signed for Mercedes just under 12 months ago as a replacement for Nico Rosberg following his shock retirement after winning the world title.

The Finn was initially handed a one-year contract but his performances convinced Mercedes to hand out an extension, which runs until the end of 2018.

The former Williams man picked up his first ever Grand Prix victory in Russia, while he also claimed the chequered flag in Austria, and sealed a further 10 podium finishes as he ended the campaign third in the Drivers’ Championship.

However, despite such an impressive first season reports have claimed that Mercedes already have Ocon lined up to replace Bottas in 2019.

Mercedes junior driver Ocon also enjoyed a strong 2017, finishing inside the top 10 at all but two events, to seal eighth place in the standings with Force India.

Wolff has moved to quickly rubbish the reports and insists Bottas has their full backing as they attempt to dominate again next season.

“Esteban is one of our drivers and is therefore in the picture, but the team and all of its strength is behind Valtteri,” Wolff said.

“If we to start thinking about other drivers, it would mean that the emotional side would not be 100 per cent for Valtteri.

“I can assure you, from the board to every team member, we all want Valtteri to succeed.

“Together with Lewis, he is our driver and we do not think of any others.”