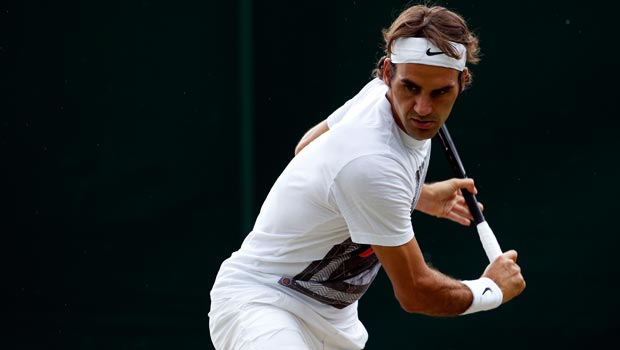 Seven-time Wimbledon champion Roger Federer has insisted he is ‘eager’ to take on top seed Novak Djokovic in the showpiece final on Sunday.

The 17-time Grand Slam winner proved too strong for Milos Raonic in their semi-final meeting on Friday, winning in straight sets 6-4 6-4 6-4.

The Swiss has only dropped one set so far in the tournament and insisted after the match that he was feeling ‘energised’ ahead of Sunday’s showdown.

The 32-year-old has lost his mantle as the game’s best player and claimed his last Grand Slam title – at SW19 – in 2012 and lost in the second round of this tournament last year to Sergiy Stakhovsky, but remains hopeful of winning Wimbledon for a record eighth time.

Federer said: “It was a perfect result before a big match in the final.

“I feel energised and eager to play.”

Federer edges the head-to-head record against Djokovic, winning 18 times in 34 meetings, and he believes that being aggressive is the key to finding a way past the Serbian on grass.

He added: “It’s really important for me to stay aggressive against him, and especially here at Wimbledon.

“Novak can hurt you down the line or cross-court on both sides.

“His forehand, his serve, his movement clearly is what stands out the most at the moment. He’s really been able to improve that and make it rock solid.”