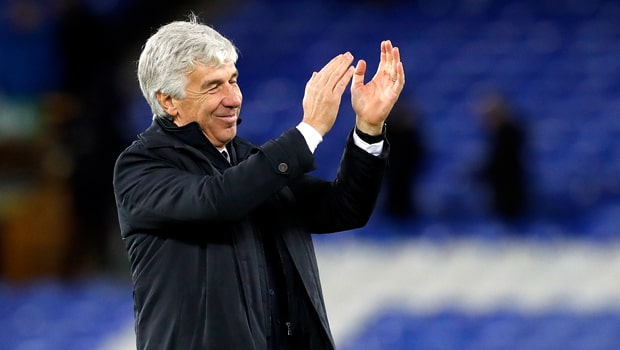 Atalanta boss Gian Piero Gasperini says qualifying for the Champions League is a ‘great result for the club’.

La Dea will be playing in Europe’s premier club competition for the first time in their history next season after they secured a third-place finish in Serie A with a 3-1 victory over Sassuolo on Sunday.

That finish caps an impressive season for the Bergamo-based club, as they also reached the final of the Coppa Italia and Gasperini feels the whole city deserves credit for their achievements.

“Prepare your passports, because we are going to a different side of Europe, in the elite stadiums,” Gasperini told reporters after Sunday’s win.

“It’s a great result for the club, for Bergamo, as playing in the Champions League is fantastic. It is a reward for this city. We’ve proved that we can stay there too, because over the last few years we’ve been accompanied by thousands of fans with such joy, enthusiasm and strength.”

However, there was one sour note for Atalanta, as Gasperini, who has been linked with the vacant managerial position at Roma, refused to guarantee that he will still be in charge at the Stadio Atleti Azzurri d’Italia next season.

“Tonight we celebrate, we can talk about it tomorrow,” the 61-year-old added.

“The important thing now is that we share the same ideas. Atalanta finished third. That is a fact. If we are going into the Champions League, we need a squad equipped to do well and not embarrass ourselves or Italian football.

“We can’t go in there with a ‘sad’ transfer strategy and then people a few months later tell me it’s the strongest team Atalanta have ever had. If I am credible and can make decisions, then I am happy.”