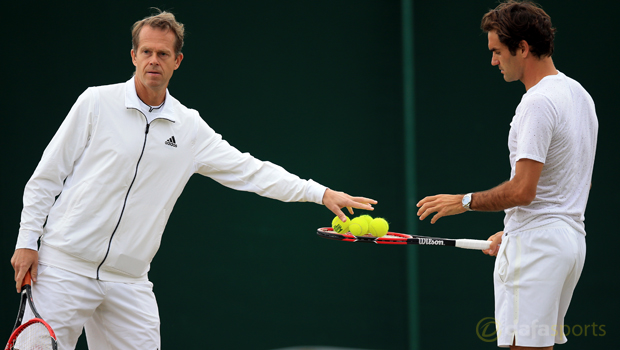 Roger Federer has confirmed his decision to split from coach Stefan Edberg after almost two years of working together.

The 34-year-old first linked-up with his childhood hero ahead of the 2014 campaign, in an arrangement that was expected to last just a single season.

However, they decided to continue their partnership into this year and have enjoyed a strong run together, with Federer winning 11 titles, including three Masters events.

Despite their success, the pair have decided to call time on their professional relationship, as the world number three begins his preparations for the Australian Open.

Federer is currently the 8.00 third favourite to win in Melbourne behind Novak Djokovic and Andy Murray, who are priced at 1.80 and 6.50 respectively.

He has now announced that former world number three Ivan Ljubicic will join his team in Edberg’s stead for 2016 and will work alongside long-time coach Severin Luthi, physiotherapist Daniel Troxler and fitness trainer Pierre Paganini.

The 17-time Grand Slam champion has thanked his former mentor for the help he has given him in recent years and says he will continue to use some of the methods the Swede taught him during their time together.

Federer wrote on his Facebook page: “After two very successful years, I would like to thank Stefan Edberg, my childhood idol, for agreeing to join my team. It was a dream come true.

“He taught me so much and his influence on my game will remain. He will always be a part of my team.

“Severin Luthi, who I have been working with since 2008, will continue to be my main coach and he will be joined by Ivan Ljubicic. Both Daniel Troxler, my physiotherapist, and Pierre Paganini, my long-time fitness trainer, will remain part of my technical team.”