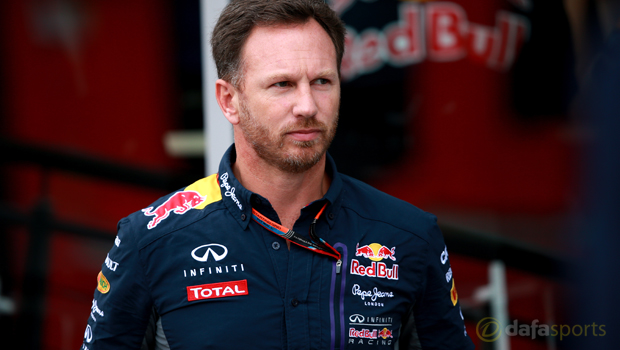 Red Bull boss Christian Horner has predicted another year of dominance for Mercedes in 2016.

The Silver Arrows have been imperious since the new engine regulations were introduced for 2014, sweeping all before them with their superior pace and reliability.

Merc’s form has seen them pick up the Constructors’ title in each of the last couple of years, while Lewis Hamilton has also finished top of the individual standings ahead of team-mate Nico Rosberg.

Their emergence has particularly stung Red Bull who had previously been F1’s pacesetters, themselves winning the team award four years in a row.

Last season was a frustrating year for the Milton Keynes outfit as they constantly found themselves at odds with engine supplier Renault due to the inconsistencies of their power unit.

At one stage it looked as if the pair would go their separate ways due to the public manner in which they conducted their business but eventually they settled on a new deal for next year.

However, with Mercedes again likely to be the dominant force, it will be difficult for Red Bull to close the gap quickly, and their task is made tougher by the re-emergence of Ferrari and the recent improvement made by Williams.

This is reflected in the 2016 Drivers’ Championship betting where Hamilton is currently the 1.60 favourite ahead of Rosberg who is priced at 3.80, while Red Bull top dog Daniel Ricciardo is 51.00.

With very few changes being made to the regulations for next season, Horner admits that it is hard to see past another strong season for Toto Wolff and co.

He said: “The regulations are pretty stable again and Mercedes’ gap is big enough that they should continue their dominance.”