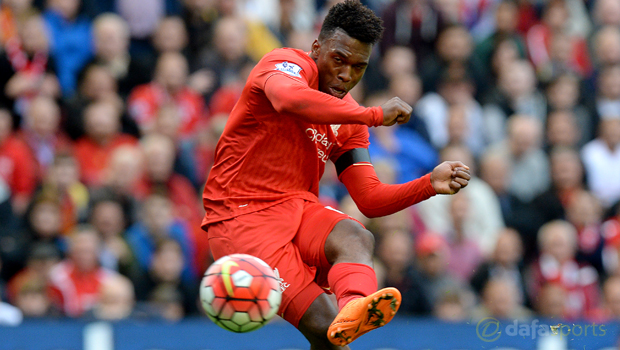 Liverpool striker Daniel Sturridge has promised a speedier than expected recovery after it was confirmed he has suffered another injury.

Sturridge has struggled with a string of fitness problems over the last 18 months and despite his obvious class, there have been calls from some of the Anfield faithful for him to be sold.

Boss Jurgen Klopp has even had his say, arguing that playing through the pain barrier might turn out to be the best way for the England international to regain his confidence.

After making his latest return in the recent win over Swansea, the 26-year-old netted twice in last week’s 6-1 Capital One Cup demolition of Southampton.

However, after appearing off the bench for the final half hour of Sunday’s defeat to Newcastle, the striker complained of a pain in his hamstring.

Subsequent scans have shown an injury to the area, an issue that usually takes around six week to heal.
If so it means he will be absent for the busy festive period in which his side are due to face West Brom, Watford, Leicester and Sunderland before the turn of the year.

The news has understandably drawn further derision from the Reds fans but the man himself says he is confident of being back in the fold sooner than expected.

He posted on Instagram: “I’ll never lose faith in God or belief in myself. Always light at the end of the tunnel.

“Have a good day people. I’ll be back before you know it…”

Liverpool‘s next fixture comes on Thursday evening when they take on FC Sion in a game they need to win to guarantee top spot in Group B.