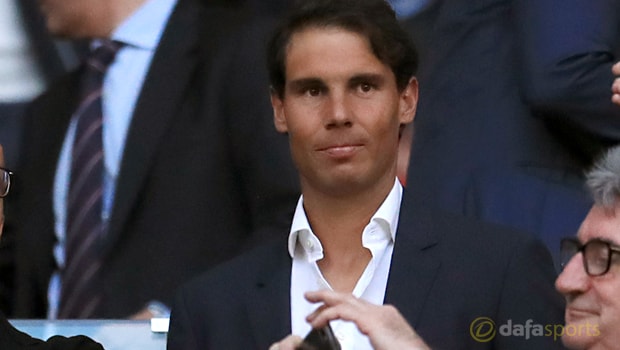 Rafael Nadal has broken the record for successive set wins on a single surface after he secured a straight sets victory over Diego Schwartzman in the third round of the Madrid Open on Thursday.

The world number one secured a 6-3 6-4 success over his Argentine opponent to take his winning streak to 50 sets in a row on clay, surpassing the previous record that John McEnroe achieved on carpet 34 years ago.

Nadal, who is looking to win a sixth title in the Spanish capital, has claimed victories in Barcelona, Monte Carlo and at last year’s French Open during his record-breaking sequence and he will look to extend that run further when he takes on Austria’s Dominic Thiem in the quarter-finals on Friday.

Thiem booked his place in the last eight with a hard-fought victory over Borna Coric and Nadal regards the 24-year-old as one of the best players in the world on clay, while he expects to face a tough challenge if he is to extend his record-breaking run. “Very tough match,” Nadal told ATP World Tour, previewing today’s tie.

“Especially here on this surface and even more on altitude, his bounces and top-spin are very high and very difficult to control so I need to be ready.

“It will be a very tough match to play but it is a very good opportunity to play against one of the best players of the world.

“I just hope to be ready. I think I’m playing well enough to be ready and I’m looking forward to it.”

Nadal has won six of his eight previous meetings with Thiem, including a 6-0 6-2 success on the clay of Monte Carlo last month.

The 16-time major winner is priced at 1.04 to secure another victory on Friday, while Thiem is available at 8.50.