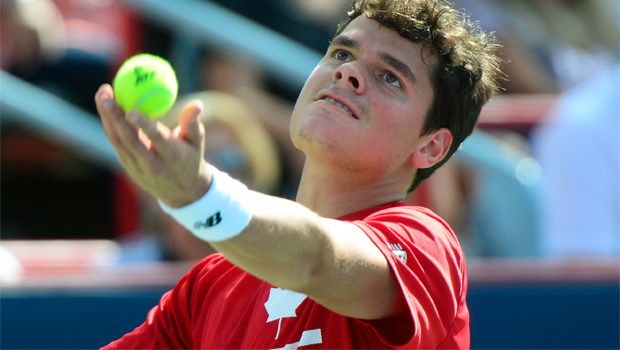 Milos Raonic has stunned Tomas Berdych in the final of the Thailand Open in Bangkok to secure his second title of the season.

The Canadian, who was seeded number three for the tournament, beat the off-colour top-seeded Czech 7-6 (7-4) 6-3 in one hour and 17 minutes.

The win boosts Raonic’s chances of making the ATP World Tour Finals, for which the world’s top eight players qualify. He is only 180 points behind tenth-placed Jo-Wilfried Tsonga, with both players set to compete in Tokyo next week.

Berdych’s defeat means he is the only player in the current top 10 not to have won a title this year with his last success coming in Stockholm last October.

Raonic’s big serve was his ultimate weapon in Bangkok, firing down 18 aces, including his last which set up a pair of match points.

The Canadian had taken the first set on a tense tie-breaker, but secured an early break in the second before serving out the match.

Speaking after the match, Raonic admitted that being more aggressive in the second set was the key to his success.

He said: “I think I struggled a lot more than him at the beginning, he was finding his rhythm better.

“In the tie-break, it just came down to one return and playing pretty sold after that… I started being more aggressive.”

He said: “He was exceptional. He was serving really well and didn’t give me many chances.

“Basically, the match was about two points. Both of them Milos handled better and so he deserved to win.”