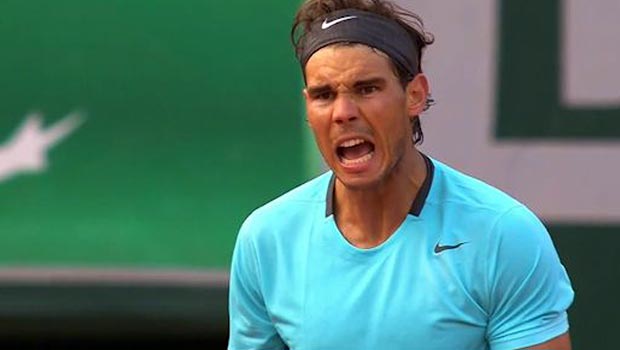 Rafael Nadal was unable to explain his shock defeat to Dustin Brown in his first grass-court match this year but said he will carry on training the same way ahead of Wimbledon.

World number one Nadal lost his serve three times against 85th-ranked Brown as he was beaten 6-4 6-1 on grass at the Gerry Weber Open in Germany.

The Spaniard lost in just under an hour in the second round as Brown booked his place in the quarter-finals, where he will play Philipp Kohlschreiber.

Speaking after the defeat, Nadal admitted he will find it difficult to analyse the defeat to his German opponent and sees no way to improve ahead of Wimbledon.

“I didn’t play,” Nadal said. “That can happen when you play an opponent like this. But I don’t want to talk about the opponent.

“For the first four games he didn’t put any returns on the court and then suddenly he was playing winners from the return, so it’s difficult to analyze these kinds of matches.

“The only thing I can do is keep working the way that I did the last three days, because I came here, I tried hard, I tried my best.”

Three of Nadal’s four titles this year have come on clay. Having won the hard-surfaced Qatar Open in January, he has since claimed victories at the Rio, Madrid and French Open on his favourite surface.

Nadal will not be in action until Wimbledon in two weeks’ time and will enter the tournament with little match practice on grass.

The defeat to Brown will have done little to appease his fears of a repeat at All England Club from last year, when he was beaten by Steve Darcis in straight sets in the opening round.

Nadal does, however, have experience of winning Wimbledon. The 2008 and 2010 champion is now priced at 5.34 to win this year’s event, while Novak Djokovic, last year’s beaten finalist, is the favourite at 1.47.

Defending champion Andy Murray, who also suffered a surprise defeat on Thursday against Radek Stepanek at Queen’s Club, is quoted 4.57 to retain his title.