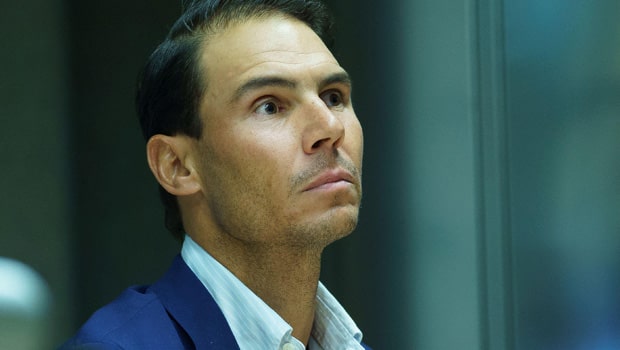 Former World no.1 Rafael Nadal will miss the ATP Cup for the second straight year, which will be played in Sydney from January 1. Nadal had also missed ATP Cup back in 2021 due to a back injury. In fact, Nadal had led Spain to the final of the inaugural edition of the ATP Cup in 2020 in which 24 countries had participated. However, Serbia had gone on to win the maiden ATP Cup title in 2020.

Along with Nadal, Carlos Alcaraz and Marcel Granollers will also skip ATP Cup for Spain.

Though Nadal will not feature in ATP Cup, he is all set to make his return to competitive Tennis at Mubadala World Tennis Championship, an exhibition event in Abu Dhabi, from 16th-18th December.

Nadal will then play at the 2022 Australian Open, which is all set to begin in Melbourne from January 17. The Spaniard will be looking to clinch his second Australian Open title with his first coming back in 2009.

If the talisman goes all the way in Melbourne, he will join Novak Djokovic in an elite list and will become only the second player to win each Grand slam title at least twice. The lefty has reached the finals on four other occasions in 2012, 2014, 2017 and 2019 but he had failed to cross the final hurdle.

In fact, Nadal will enter the tournament as one of the red-hot favorites despite returning back from a foot injury. Nadal will look to make a roaring comeback to the game and it will be interesting to note his form at Mubadala World Tennis Championship.

The World no.1 Novak Djokovic’s participation in the Melbourne Slam hangs by a thin thread due to vaccination conundrum. Novak’s father, Srdjan Djokovic, recently said he thinks his son most likely will not play in Melbourne in January.

Meanwhile, both Novak Djokovic and Rafael Nadal will be looking to win their 21st Grand slam title in 2022 and it will be interesting to note who will get there first.