Posted by Daniel Martin on September 1, 2017 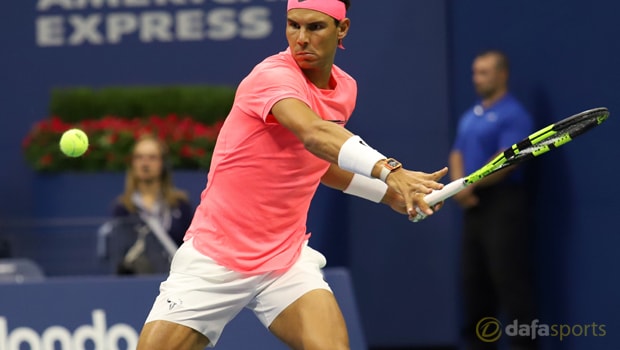 Rafael Nadal booked his place in the US Open third round after securing a 4-6 6-3 6-2 6-2 victory over Taro Daniel, but he knows he must improve as the tournament develops.

The number one seed was a set and a break down during Thursday’s second-round contest, but he maintained his composure to set up a clash with Leonardo Mayer in the last 32.

The Spaniard, who is chasing his second major title of the year following his success at the French Open, admits he was not on the top of his game against Daniel, but said the most important issue during the early stage of any competition is to progress. “All the matches are difficult and especially here.

Everybody wants to play the best and if you don’t play your best, it’s very difficult,” said Nadal.

“It’s a very important victory. It’s true I didn’t play very well but I’m through to the next round.”

The 31-year acknowledges that he must improve if he wants to go far in this year’s tournament, but he remains confident in his abilities.

“I need to improve a lot of things but I am here to try to improve every day,” he added.

I’m going to work tomorrow to find better feelings and I really believe I’m going to do it much better.”

The 15-time major winner remains on course to face old adversary Roger Federer in the semi-finals at Flushing Meadows, although the Swiss ace needed five sets for the second successive round as he eventually saw off the challenge of Mikhail Youzhny.

Nadal is priced at 2.63 to secure US Open glory for the third time this year, while Federer is available at 3.00 to claim his sixth title in the Big Apple.