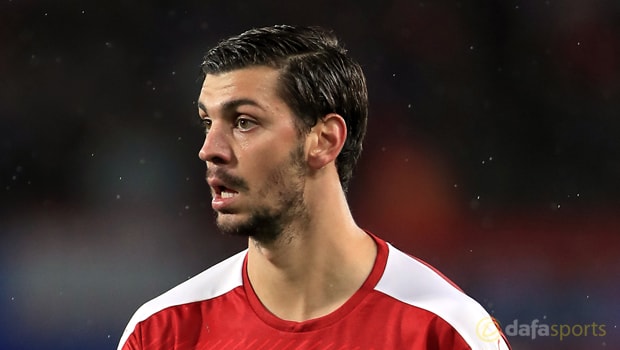 Leicester added to their defensive ranks on transfer deadline day with the loan signing of
Aleksandar Dragovic from Bayer Leverkusen.

The Foxes had been keen to add to bolster their back-line over the summer and look to have pulled off a coup with the deal that brought Harry Maguire in from Hull.

Craig Shakespeare was believed to have identified Arsenal’s Calum Chambers as his preferred target, but with the Gunners demanding around £25m for the 22-year-old, he was forced to look elsewhere.

Instead they made an enquiry for Dragovic and the Werkself obliged, allowing the 54-cap Austria international to join on a season-long loan before Thursday’s deadline.

The 26-year-old moved to Germany from Dynamo Kiev last summer but struggled to establish himself as a regular at the BayArena, making 19 appearances in the Bundesliga last term.

He did play in his parent club’s opening 3-1 defeat to Bayern Munich but has now moved to the King Power Stadium and will battle for a starting role alongside Maguire, captain West Morgan, Robert Huth and Yohan Benalouane for a regular role.

Dragovic is currently away with the Burschen for their World Cup qualifiers but will be hoping to make his debut against Chelsea on September 9.

Shakespeare’s side have one won one and lost two from their opening three games but 4.50 to beat the Blues, with the draw 3.75 and the Premier League champions 1.83.

Despite their poor start to the new campaign, the Foxes are still the 1.80 favourites to be the Top Midlands Club, with Stoke priced at 2.70 and West Brom 3.75.