Rafael Nadal shaping up for return 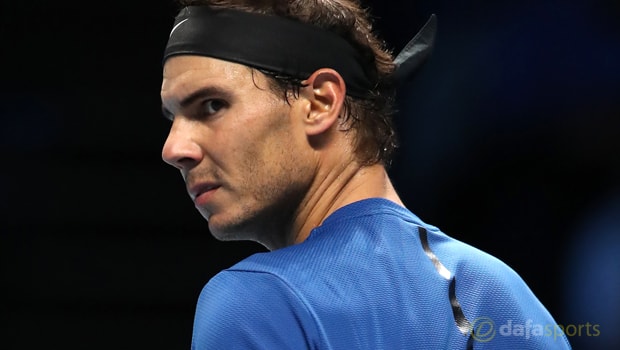 Rafael Nadal’s hopes of an 11th French Open title at Roland Garros this year are on the up as he is expected to play Davis Cup tennis for Spain next month.

The 31-year-old Majorcan is planning a comeback from a hip injury for the tussle with Germany from April 6-8.

Often troubled by injuries in recent years, Nadal got firmly back on track in 2017 when he won both the French Open and US Open titles to take his career Grand Slam tally to 16.

A hip injury that surfaced at the Australian Open in Melbourne in January has left him sidelined again.

Nadal was forced to retire from his quarter-final clash against Marin Cilic in Australia and has not played competitively since.

He withdrew from his planned comeback at last month’s ATP 500 Acapulco in Mexico, but it appears he is on the mend and likely to play for Spain.

Spanish captain Sergi Bruguera has revealed Nadal is eager to play in his first Davis Cup clash since 2016 in order try and build up his fitness levels when they take on the Germans in Valencia early next month.

Bruguera told the Spanish Federation website: “Rafa is getting better and training more. There is still a week and a half to start the matches and there is time.”

Should he return there, it will be a major step in the right direction for Nadal as he counts down to Paris, where the French Open begins on May 27.

Affectionately known as the ‘King of the Clay’, Nadal has bossed the tournament in the French capital since he first prevailed in 2005 and last season he claimed his 10th win.

In another boost for Nadal, Roger Federer’s surprise second-round elimination from the Miami Open at the hands of Thanasi Kokkinakis this week means he’ll be going back to the top of the world rankings next week.