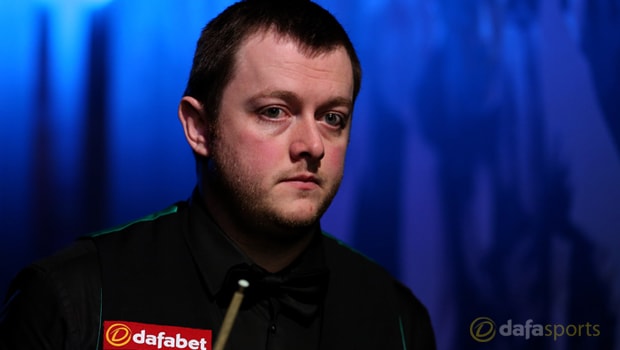 Mark Allen will go into next week’s China Open under more pressure than most to win his first-round match.

The event is the final stop on the ‘Road to the Crucible’ after which the top-16 ranked players in the world will be guaranteed their spots at next month’s World Championship in Sheffield.

The remaining 16 berths will be filled after a gruelling qualifying journey, with players having to win three matches to grab a first-round place.

Masters champion Allen was knocked out in the first round of last week’s Players Championship in Wales, ensuring Ryan Day was able to overtake him in the rankings and move into 16th place, with Allen currently one place outside the Crucible cut line.

That means that barely two months on from his maiden Triple Crown win in the Masters final at Alexandra Palace over Kyren Wilson, Allen faces the possibility of not being at the worlds.

It leaves the Northern Irishman having to win his first-round match at the China Open against Noppon Saengkham next Monday. Victory in that match would put Allen back above Day.

As Day has not qualified for China, that would end his hopes of a place among the top-16 seeds before the Sheffield cut-off.

Allen is not the only one going to Beijing with the Crucible on his mind.

There are 36 players among the field in Beijing currently outside the top 16 in the race but with a chance to climb into the elite.

Scotland’s Stephen Maguire, currently in 18th spot, must at least reach the semi-finals in China to have a chance while Liang Wenbo and Mark King could jump into the top 16 by reaching the final, should results go their way.

With a massive top prize of £225,000 on offer, it presents a chance for a major rankings move for any player that wins the event.

Allen is 23.00 to win the China Open while Maguire is trading at 34.00 for Beijing success.