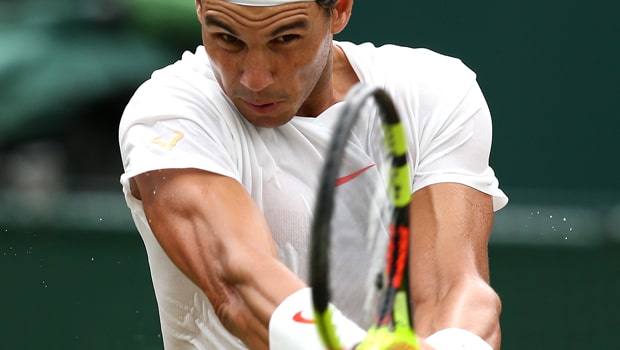 Rafael Nadal paid tribute to David Ferrer after beating him to reach the quarter-finals of the Barcelona Open.

Nadal won 6-3 6-3 as he closes in on a 12th Barcelona Open title and now plays Germany’s Jan-Lennard Struff for a place in the last four where he is seeded to meet Dominic Thiem.

However, after his win, Nadal wanted to pay tribute to countryman Ferrer who is retiring after next month’s Madrid Masters.

Nadal said: “David is not retiring because of his level but it has been a complicated year and a half for him with injuries.

“His level this year has still been very high and for all these years he’s been fighting hard and giving us pleasure watching him. We are all grateful to him.”

Nadal broke the Ferrer serve for a 4-2 lead in the first set and wasn’t badly hindered by a rain delay, coming back after an hour off court by wrapping up the set and breaking Ferrer again in the second to set up a comfortable victory.

In getting through to the quarter-finals in Barcelona, Nadal brushed aside injury fears of his own after he appeared to have problems in his second round win over Leonardo Mayer.

He dropped the first set before recovering and, in practice before the meeting with Ferrer, seemed to suffer discomfort in his wrist.

On the other side of the draw Kei Nishikori is through to a last eight meeting with Roberto Carbelles Baena while another lucky loser Nicolas Jarry plays seventh seed Daniil Medvedev.