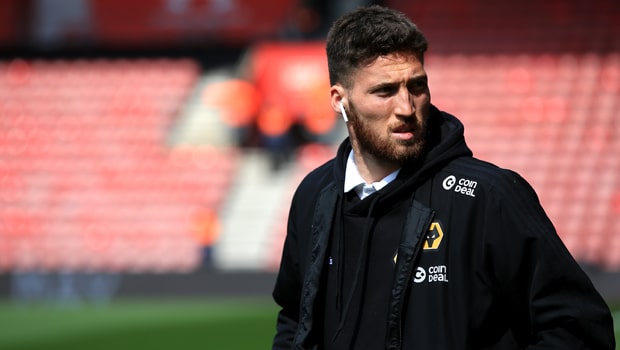 Matt Doherty wants to help Wolves finish seventh in the Premier League to compensate for missing out on an FA Cup final.

Nuno Espirito Santo’s side were on the verge of reaching the showpiece decider when they led Watford 2-0 in their semi-final at Wembley, only to be pegged back and eventually lose 3-2 after extra-time.

It was a defeat the full-back Doherty admits took him time to get over, with the pain lingering.

Having scored his eighth goal of the season in Wednesday’s 3-1 win over Arsenal at Molineux, Doherty is keen to take seventh spot, with a Europa League qualifying spot potentially accompanying it.

“It’s been difficult since losing in the FA Cup semi-final,” he told the club website. “I couldn’t really get it out of my head for a couple of weeks – I was thinking about it a lot.”

A chance for revenge on Watford comes up this weekend and Doherty knows how important a win will be in that game, with just three points separating four clubs in the scramble for seventh spot.

“Now we’re seventh again, and that’s where we want to finish. That might give us a chance of playing European football – depending on what happens in the cup final – and we want to challenge ourselves, so playing in Europe is the next step,” he added.

“That’s why Saturday [against Watford] is so important. A performance like the one against Arsenal was needed, to push those thoughts away.”