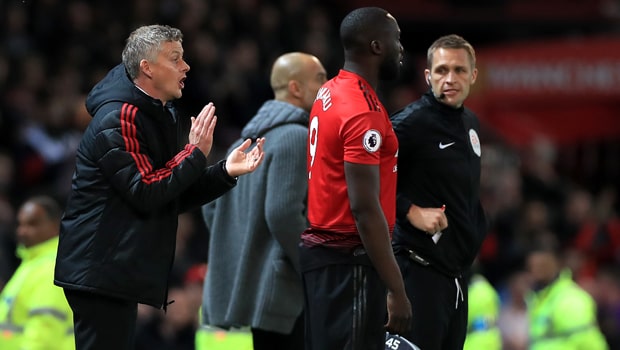 Romelu Lukaku says he would be attracted to a move to Italy to play in Serie A amid speculation of a move from Manchester United.

The Belgian striker has been at Old Trafford since 2017, scoring 42 goals in 95 matches, but has not been a regular under new manager Ole Gunnar Solskjaer despite the side’s current struggles.

He is likely to discuss his future with United in the summer although he still has three years remaining on his contract. He said on Sky Italia: “Playing in Serie A is a dream, it would be really a dream.

“I hope to be able to play sooner or later, even if at the moment I am focused on United.”

His agent Federico Pastorello has also been open on Lukaku’s desire to eventually move away from the Premier League, saying in the past: “He sees a way to have a career playing in different countries because he would like to win some trophies and prove himself.”

Lukaku, who has scored 15 times for United so far this season, hasn’t scored in his last seven appearances for United.

He started the midweek Manchester derby on the bench, coming on late in the second half as United lost 2-0 to neighbours City.

The loss was a blow to United’s chances of finishing in the top four and securing a place in next season’s Champions League. With three games remaining United are sixth in the Premier League table, three points behind Chelsea who are fourth.

However they have the chance to close the gap as Maurizio Sarri’s side visit Old Trafford on Sunday. United are 2.70 to win on Sunday with Chelsea 2.63 and the draw is priced at 3.40.