Rafael Nadal and Novak Djokovic cruise through in France 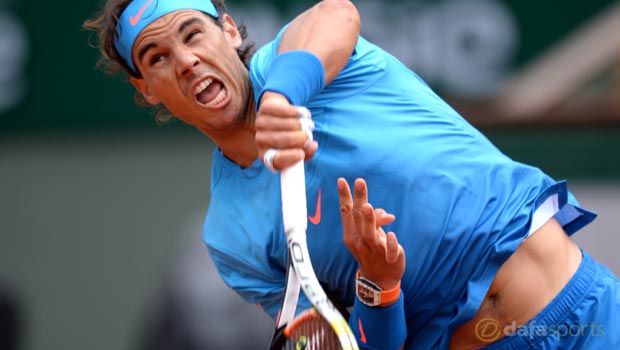 Rafael Nadal and Novak Djokovic made light work of their opponents when booking their passage through to the second round on the French Open.

Nadal has been considered more vulnerable heading into this year’s tournament following a poor build up, but he showed few signs of weakness with a straight sets win over Quentin Halys.

Nadal brushed aside his opponent 6-3 6-3 6-4 in one hour and 50 minutes, but still had special praise for him after the match.

“Quentin is the future, the new style of game he has, trying to hit winners from everywhere – that is the way tennis is moving now,” said Nadal, who will now face fellow Spaniard Nicolas Almagro in round two.

“Playing at Roland Garros and on centre court for the first time is not easy, so I wish him all the best.”

The Serbian has eight Grand Slam victories to his name but so far the French Open has eluded him and he will be looking to put that right in Paris.

As far as the women are concerned, Serena Williams, who is going for her third French Open title, beat Czech qualifier Andrea Hlavackova 6-2 6-3.

The 19-time Grand Slam champion will now play German Anna-Lena Friedsam in the next round.

Fourth seed Petra Kvitova was made to work much harder against New Zealand’s Marina Erakovic though, squeezing through 6-4 3-6 6-4.

Djokovic remains the 1.74 favourite to win the men’s title, with Nadal priced at 4.50, while Williams is 3.30 to win the women’s title, just ahead of defending champion Maria Sharapova at 5.00.