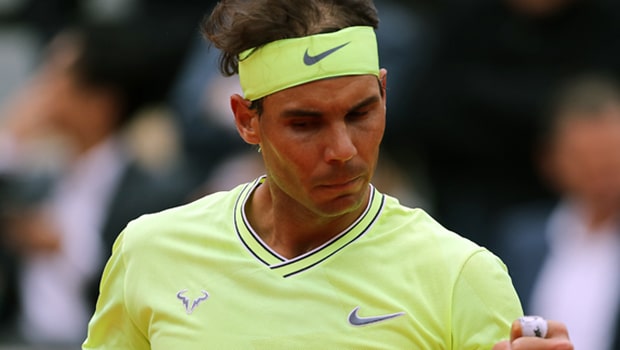 Rafael Nadal says he is not going to put pressure on himself to overhaul Roger Federer’s tally of major titles after winning his 12th French Open.

The “King of Clay” showed on Sunday exactly why he was bestowed with that nickname following a clinical four set defeat of Austrian fourth seed Dominic Thiem to win the Roland Garros title.

It means he is on 18 Grand Slam titles, which is two behind Federer in the all time men’s list, while he has now jumped three ahead of Novak Djokovic.

The 32-year-old admitted he was delighted with the “special” win immediately after the game, as he beat the Austrian in the Paris final for a second year running. However, he told reporters that he is not motivated by beating Federer’s record and instead wants to just keeping enjoying his tennis.

“If I catch Roger or not, I am not very worried about it,” Nadal said.

“You can’t be frustrated all the time because the neighbour has a bigger house than you, or a bigger TV, or a better garden. “That’s not the way that I see the life.

“If, by the end of my career, I am able to win a couple of more Grand Slams and be closer to Roger, it will be unbelievable.

“I am going to try my best to keep enjoying tennis, giving myself chances to compete at the highest level and we will see what happens.”

Nadal will next play at Wimbledon in the third major of the year where he is 7.00 to win outright, while Federer can be backed at 4.20 and Djokovic is the 2.50 favourite.